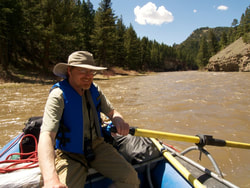 Spannring is an illustrator, outdoor painter as well as a studio painter.  Spannring has shown many times in the C.M. Russell Auction, Northwest Museum of Art, Yellowstone Museum Art Auction, and Paris Gibson, MAM.  Other shows include the Hockaday Art Museum, The Waterworks Museum and many gallery shows. Spannring put together a traveling exhibition through MAGDA in 2006-2007 called "DOWNSTREAM" Two Rivers , Yellowstone and Missouri, which was widely attended. Robert has participated in shows throughout the United States and his work has been widely collected.

Robert Spannring finds delight in painting Montana West. A native Montanan, born in Livingston under a bright Montana winter night, youngest of eight, when large families were the norm, Robert's mom and dad grew up on family ranches in the Big Timber area, it is no wonder Robert ended up on a ranch in Paradise Valley, where the land, the people and the wild animals have always been Robert's inspiration.
Website:   https://robertspannring.com/
Robert Spannring
39 Yellowstone Trail
Livingston, Montana 59047 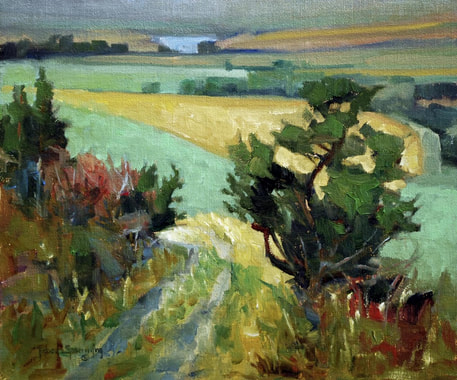